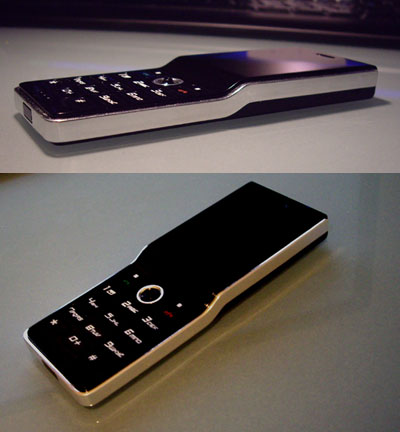 When choosing a cell phone, it’s just as important to find a personalized look than it is to check out the included features. It doesn’t get much more exclusive than the Black Diamond luxury smartphone, designed by Jaren Goh and to be built by VIPN, and we have real-life photos of the prototype.

If you recall, we first reported on the phone way back in March, and then we found out in July that Sony Ericsson wasn’t going to be behind the project , but even so, it was still just a concept at that point, with the only available pictures being computer renderings.

Well, as you can see from the photos here, they’ve got themselves a prototype. The touchpanel keypad (like the touch-sensitive keys on the LG Chocolate KG800) is noticeably missing, though it should be in the production model (of which they’re only making five units). The size comparison appears to be one with the Dopod 575, but there’s no comparison when it comes to price: The WM5-powered Black Diamond will sell for US$300K with expected availability sometime in early 2007.