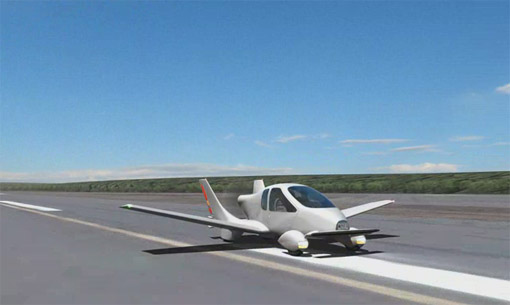 By now I was fully expecting that we would all be driving flying cars. You can imagine my disappointment. The Terrafugia Transition flying car isn’t exactly what I had in mind, but it’s better than nothing. The car can be driven around on the roads like a normal, though slightly odd looking. When you hit a runway or other long flat area, though, you can flip out those 27 foot wings and you are ready to take to the friendly skies.

The car will have about the same fuel efficiency as a Honda Accord – in the range of 30 mpg. When you are airborne you will be able to fly at speeds up to 130 mph, which obviously isn’t jet speed, but is much better than driving in a traffic jam.

The Transition will begin selling in 2009. Presumably the market for such a vehicle would be very small, and the $148,000 price tag makes it even smaller. If you want one you can reserve it just by putting 5% down.