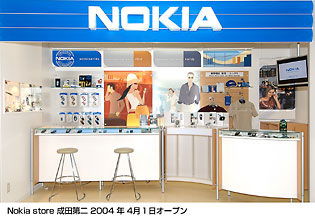 Major electronics manufacturers, looking to control buyer’s experiences and expand their brands, are increasingly moving into retail themselves. Apple, for example, has aggressively built flashy new stores. They aren’t looking to replace their current sales at chains and boutiques. They’re just looking to showcase their very best products. Now, three more major electronic manufacturers are entering the American market. Nokia, Garmin and Pioneer are all bringing their products to the retail stage.

Pioneer opened their first store in Costa Mesa, California last month. They will be focusing on flat panel plasma HDTVs and audio equipment, and they will be testing items that are popular in Japan to see if it makes sense to market them here.

Garmin will sell their navigation equipment in the fancy shopping area of Michigan Avenue in Chicago starting in November. The focus of the outlet will be having highly trained salespeople who can teach customers about the GPS equipment.

Nokia opened their first American store in Chicago in June and will open another in New York this week. They also recently opened stores in Hong Kong and Moscow, and have plans for 18 around the world, including four in the States. They use the stores as much to learn about customers and their needs as they do to sell things.