Hydrogen cars will be available from BMW sooner than many people expected. The company showed off a zero-emissions hydrogen 7-series concept called CleanEnergy in 2000, and they have repeatedly said since then that they would hit the market by 2007.

The company is also developing a 7-series limousine that will be available next year. The car has a V12 under the hood that can run on both gas and hydrogen and can switch automatically between fuels when it senses that it is out of one fuel. It only generates 231 horsepower, so it is far from the most powerful vehicle on the road.

The limousines, which have a huge hydrogen tank that takes up much of the trunk, will initially be used by small fleets. BMW will rely on their feedback to determine if the vehicles are ready for a larger market. If they are then the company could get a jump on it. 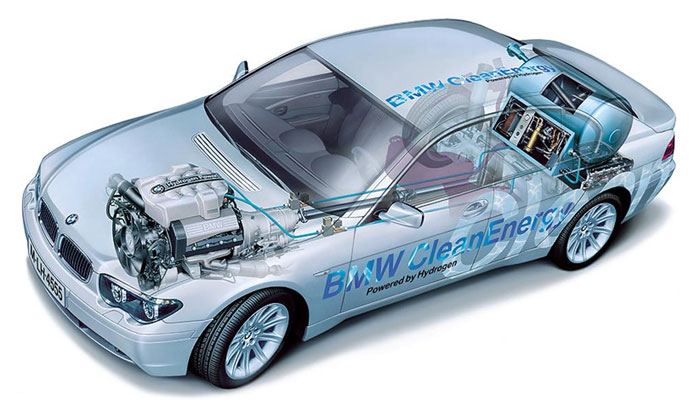