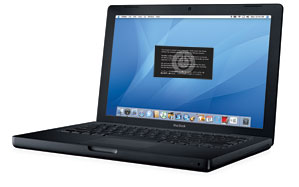 File this one under incredibly obvious. Apple has admitted that there is a fault in some MacBooks which causes them to spontaneously shut down. That news will come as a huge surprise to the hundreds of MacBook owners who have seen their machine inconveniently turn off for no reason. An Apple spokesperson says that some MacBooks will shutdown under normal use. The problem, reportedly, is caused by a logic board and heat sink set. Dealers who are faced with a problem machine are instructed to replace those parts.

The most interesting part of this whole development is the reaction of Mac users. According to The Inquirer, large numbers of Mac users have complained about the problem occurring with their machines, but a larger group of Mac devotees has claimed that there really is no problem, and that all the coverage it is receiving is just a Microsoft-fueled conspiracy. At least no one can say that Mac owners aren’t loyal.