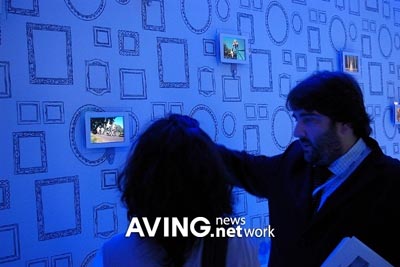 There are two competing camps in the world of digital photography. There are the makers of photo printers who encourage you to take a semi-traditional route, urging you to make physical prints of your family pictures, storing them in conventional albums or frames. Then there are the folks that make digital photo frames, who remind you that it’s not necessary to make a physical print because the digital LCD version is that much brighter and easier.

Moseying along with the electronic picture trend is Philips, a company that is showcasing its 9-inch digital photo frames at IFA 2006 in Germany. These are among the largest photo frames in the industry, allowing “anyone who takes digital photos to showcase their work on a high resolution LCD display.” How high that resolution is exactly remains to be seen.

There’s no mention of any internal memory, but they do say that it has a pair of memory card readers that will take on such formats as SD, MMC, and xD.

No word on pricing or availability.