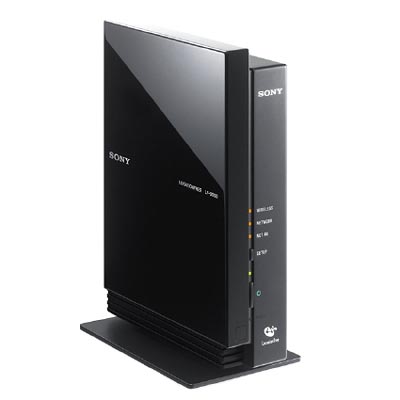 Perhaps the best known place-shifting gadget on the market is the Slingbox. Sony is set to release their LocationFree series, a similar set of products that can wirelessly stream your home television content to anywhere you have a broadband internet connection.

Devices like these are perfect for professionals who are always on the move, because you can watch your local news even if you’re on the other side of the country (or of the planet, for that matter). This way, that hefty cable or satellite bill you pay each month doesn’t go to waste.

Sony has three offerings in this series, all of which feature a glossy black casing. The LocationFree Base Stations (LF-B10 and LF-B20) “integrate flawlessly into any home entertainment center” and can stream video to any number of devices including the WiFi-ready PSP. The LocationFree TV Box connects to a remotely located TV, acting as the other half of the place-shifting equation.