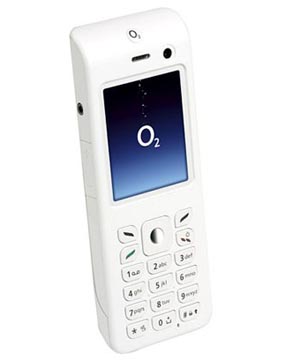 Cell phones aren’t all about function these days (despite what the proliferation of integrating cameras, music players and GPS navigation may lead you to believe), they are also hugely fashionable. The look of your phone extends beyond its outward appearance: if you’re tired of sporting the same old user interface, then you’re in luck because O2 is launching Europe’s first uiOne handset.

The uiOne technology comes by way of the folks at Qualcomm Incorporated and it allows for a “rich, graphical user interface” that is as unique as you are. By personalizing the UI, your phone truly won’t be like anyone else’s.

Outside of uiOne, the O2 Ice — available now through O2 stores throughout the UK — comes with a fairly decent feature set which includes 3G connectivity, Bluetooth, a media player, and a microSD expansion slot. And best of all, it’s well within my price range at £0 with a contract. Too bad I’m not in pip-pip-cheery ol’ London.