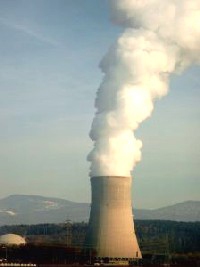 Having no fear of Three Mile Island or Chernobyl or anything of the sort, GM is charging ahead with a drive to tout nuclear power as the source of electricity for creating fuel-cell vehicles’ much-needed hydrogen.

In a recent article, GM references a statistic that a small bit of uranium can create the same amount of energy as 149 gallons of oil and that the uranium-produced energy has absolutely no emission, something that oil-produced energy can never deliver. Another statistic makes the claim that a full pound of nuclear fuel has enough electricity generation potential for 250,000 gallons of gasoline.

GM might want this, but the ultimate decision-making body might just be the American public. Even though some sources say that up to 20 percent of the electricity produced today is done so through nuclear energy, the public perception of nuclear power and the plants that produce it is still very negative indeed.

The aforementioned American and Russian disasters are still very much in the minds of people today. Many people also believe that the basic instability of nuclear power production makes it never an option. Should GM go ahead and embrace nuclear power, it might face a backlash in public opinion and at the sticker counter.