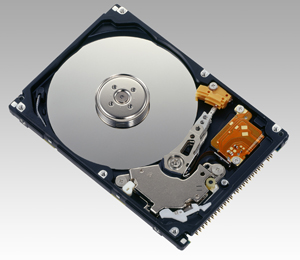 Perpendicular recording is a technique that can produce up to 10 times the storage density of traditional methods. Such technology is not a new idea but is a recent innovation in the realm of high-density drives.

Such an increase in density and storage possibility will no doubt be welcomed by users of desktops and notebooks alike. In fact, a Fujitsu spokesperson has announced that the 160GB drives will begin appearing in notebook OEMs early next year.