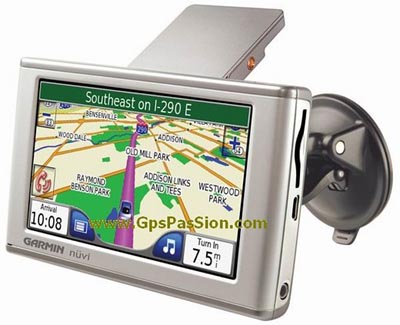 As a freelance writer working out of my mom’s basement, I don’t think I get out as much as I should. I don’t drive nearly as much as I used to, let alone trying to transverse the country (or even leave my home metropolitan area). But, if I were to get behind the wheel a little more often, especially into uncharted territory, it probably would be a good idea to pick up some a GPS unit. The Garmin Nuvi 660 sounds pretty good, with its 4.3-inch widescreen and tons of other goodies

Yup, I think I could get myself to enjoy something like this. The touchscreen interface sounds pretty intuitive, and I’ll be sure to be heading in the right direction with the SiRF star III receiver, avoiding traffic along the way thanks to the real-time data. There’s 700MB of memory on-board with room for more via the SD slot. It’s also got some other functions — like a picture viewer, world currency converter, and Bluetooth integration — but I’m not too sure how much I’d use those anyways (well, maybe the Bluetooth). I’ve already got a decent stereo system in my car, but I guess playing music from my GPS would be fine as well, since the Nuvi 660 has a built-in FM transmitter. It might be more convenient.

Too bad such a rocking device comes with such a knock-me-flat-on-my-face price. It’ll go for a touch under $1000 when it starts shipping next month.