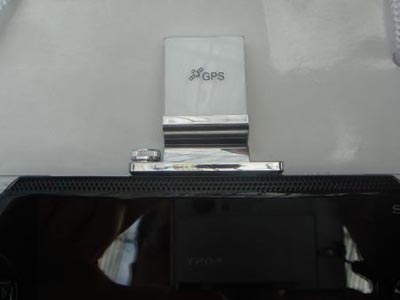 We’ve been hearing for a long time now that Sony will be adding GPS capabilities to the PSP. Finally, we have pictures of what the official unit will actually look like.

The GPS add-on attaches to the PSP via the USB port on top of the unit, and it is held in place with a simple screw. Though the receiver sticks up and looks a little silly, the silver colored attachment can be folded down over the UMD slot so that it is out of the way. It’s not known if the GPS can still work when it is folded over, but my guess would be that it can’t (or at least not very well).

As nice as it would be in some circumstances to be able to look down at your video game device and know where you are, that isn’t the main reason to get excited. The GPS unit will play a starring role in some of the new games on the PSP, starting with Metal Gear Solid: Portable Ops.