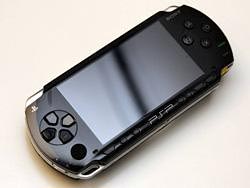 They said it right from the beginning: the PlayStation Portable is too expensive and is trying to do too much at the same time. It was (and still is) marketed not only for video game purposes, but also for (overpriced) UMD movies and Memory Stick music. Then along came the Nintendo DS Lite, wowing the public not with flashy graphics and multimedia functionality, but rather with engaging gameplay and an affordable price point.

Sony recognizes that their portable gamer is struggling in the marketplace and in order to compete, they’re going to have to do something and something drastic. Word on the street is they are going to slash the price of the PSP by a full fifty bucks, bringing the MSRP down to a much more reasonable US$149.

That’s only $20 more than the DS Lite, but the PSP throws down tons of extra goodies. Too bad it doesn’t have huge hit games to back it up, other than the odd GTA instalment.