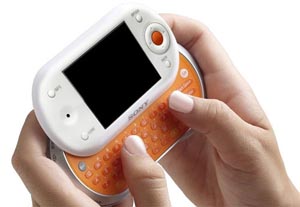 That pesky Sony Mylo got a big open-source boost recently, with the announcement that Opera will include its browser software on the portable multimedia device.

Mylo, which will launch itself into the world markets next month, is a handheld that is designed specifically for Wi-Fi uses, expanding the range of mobile Internet surfing to more and more people. As you know, one of the main problems with mobile browsing is that so many pages on the Web today were not designed with a small screen in mind.

It used to be that 640×480 was the industry standard, and that even after the advent of 800×600 and higher resolutions, Web designers continued to design with the poor old 640×480 users in mind. Now, most Web pages are designed to be viewed on souped-up widescreen behemoths. That translates to no fun at all for those using Mylo or other small-screen viewing devices.

Opera, however, solves that problem. One of its main benefits is its ability to resize Web pages to fit the screen, no matter small how that display is. Mylo’s screen is to 2.4 inches wide. That’s a far cry even from 640×480, but Opera makes it plausible and possible with its unique screen-resizing technology. Some pages still won’t be available, of course, and that could be because of space requirements in the screen or in the RAM of Mylo itself. However, the majority of pages intended to be read will be able to read.

In a separate announcement, Opera also said that its software would find its way onto the Nintendo Wii, which will debut soon as well.