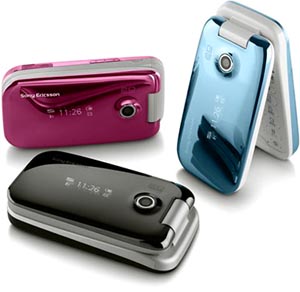 If you thought worrying about getting your iPod nano scratched was your biggest concern, you’ll soon have another thing coming. The Sony Ericsson Z610 is one of the most gorgeous phones I’ve seen in a while, rocking a similar “hide the display” glossy exterior as Sony’s MP3 players.

It looks pretty darn slick, regardless of the color option you go for (it’ll ship in black, light blue, and a ruby red). It may not be the most powerful handset on the market, but it will certainly hold its own against most of the mid-range phones out there. The Z610 rocks a 2-megapixel camera, 16MB internal memory, M2 expansion, Bluetooth, 2.0-inch TFT display, and — naturally — a music player to boot.

They’re not saying how much it’ll cost you, but we do hear that the 94.5x49x20mm Sony Ericsson Z610 will start shipping in Q3 of this year. You know, like soon.