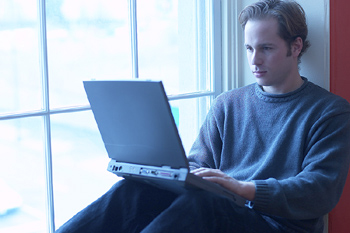 Widescreen notebooks would seem to be on the rise, not on the decline, despite their relative size and tendency to be unwieldy. According to a recent survey by IDC, a market research firm, widescreen notebooks outsold their standard-screen counterparts during the first half of this year. That market behavior leads IDC to conclude that widescreens will have the lion’s share–and perhaps the entire–market by 2008.

This trend is in part due to manufacturer preferences and in part due to consumer demand. The latter would seem to be the more logical reason, since the increasing sophistication in video watching and video gaming on laptops demands a wider screen to properly appreciate the fineries of hi-def presentations and the increased comfort in the naturally wider keyboards and wrist space. The former, however, is also a factor in that widescreen panels are, by and large, easier and more efficient to produce, according to manufacturers.

No matter which side of the supply-demand equation is pulling the hardest, they are both pulling (in the same direction) and that means that the result will be good for both sides. IDC sees this as a one-way trend and sees no return to the smaller resolution and overall screen size that we see less and less of today.