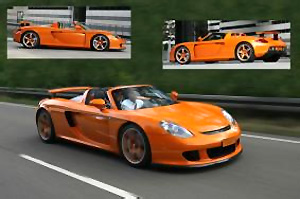 They won’t cover the speeding tickets, but perhaps you won’t get any …

A company called TechArt offers a dream come true for drivers: a revved-up Porsche ready to drive on the Autobahn. You can get a Carrera GT, a Cayenne Magnum or maybe even a 997 and have it worked over for even better speed and performance. Then, you pick it up in Germany and take it away for the weekend, or the week, or however long you want to rent it.

And it’s not just Germany, either, although that is the most famous part of the no-speed-limit autobahn system. Austria and Switzerland have well-kept roads as well, although their streets tend to favor speed limits. Still, there’s nothing like ripping around a hairpin in a car that was designed to perform under such conditions.

We’re rather sure that the price on this kind of venture is high, but we wouldn’t expect it to be low. It’s all about aesthetics and thrills and no speed limits… things like that.