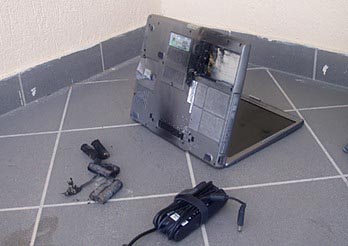 It’s bad enough that Dell was selling Sony-made batteries in their laptops which double as fire starters, but it would be really bad if the company knew about the problem for a long time without doing anything about it (until announcing a recall last week).

Reports have surfaced that a Dell spokesperson has confirmed that the company was discussing the problems with Sony since October of last year. The two firms chose not to recall the batteries until “until those flaws were clearly linked to catastrophic failures causing those batteries to catch fire.”

Anyone who has seen Fight Club will know that the two companies likely didn’t act sooner because it was cheaper to deal with the problem with settlements than it was to do a recall. Regardless, now that this has happened, it will continue to create a PR mess for Dell, a company that was already struggling in recent months. On the plus side, we should see some great sales on Dell laptops pretty soon.