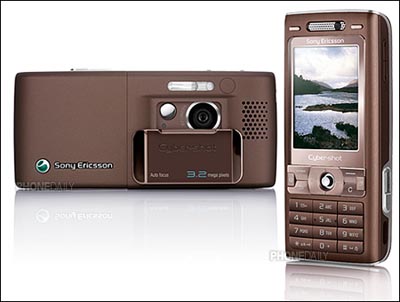 Okay, so Verizon has got everyone drooling over the LG Chocolate phone, but I’m not all that big of a fan of dark (you could almost say black) chocolate. If you’re in the mood for a milk chocolate phone, Sony Ericsson has you covered with their K800i, which will soon be clad in a “Allure Brown” exterior.

The specs on the brown K800i are identical to its black compatriot, so don’t expect anything completely out of the ordinary here. You’ll still get the amazing 3.2 megapixel camera, UMTS high-speed data, and MP3/MPEG4 player.

Though it’ll only be initially available in Hong Kong and Taiwan, the Allure Brown Sony Ericsson K800i will eventually find its way through Asia, Europe, and — dare I say — maybe even North America (okay, that last bit might be a pipe dream).