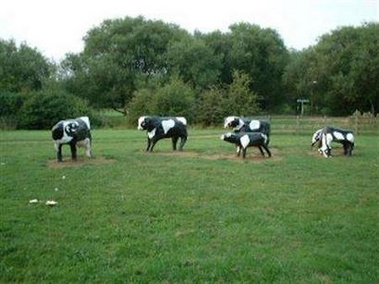 That’s a town, not a person. It’s a city in Britain that is known for its concrete cows and its picturesque pastures. Soon, it will also be known for its Wi-Fi.

Intel is joining hands with Pipex, a telecommunications company, in an effort to blanket the city with WiMax, in a phased roll-out that is to start in about a month.

Milton Keynes is a rural place that lags behind the rest of the U.K. in high-speed Net access, so it makes a natural place to launch Wimax, Pipex says. Seven more cities will get the radio-based Internet protocols by 2008. Among those will be the more familiar names of Manchester and London.