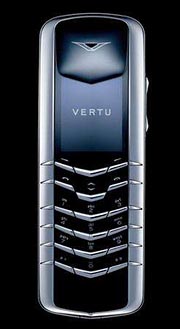 It turns out that people like their luxury even more than Nokia thought they would. Nokia’s high-end Vertu brand, which makes phones out of practical and necessary materials like gold, platinum and diamonds, has seen so much demand that they are struggling to keep up.

The phones may be increidbly expensive, but sales will double this year and the company anticipates that that pace of growth will continue. To make it even tougher to keep up, the unit is unveiling a new phone next month which they expect to be a hot seller.

Vertu doesn’t report their results separately from their parent company, but from what we know, it is definitely a different game than the mass market. Nokia will sell about 330 million phones this year at an average price of $130, while Vertu will sell ‘tens of thousands’ of phones, and you can easily pay over $5,000 for one.