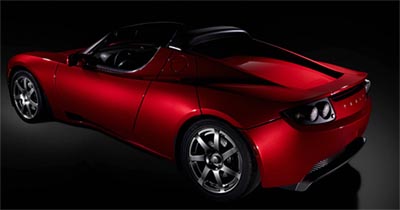 There seems to be a bigger demand for high-powered all-electric vehicles than first anticipated. Remember the super fast Tesla Roadster Electric we wrote about some weeks back? Well, the first batch of 100 cars has already been pre-sold, well ahead of the 2007 launch date.

Selling 100 cars may not seem like such a big deal, but it’s the first major step for the Tesla, and it makes a very bold statement: People are fully interested in all-electric vehicles and are willing to pay a pretty penny to get their hands on one.

Just to recap, the Tesla Roadster has a range of 250 miles, tops out at 130mph, and has an incredibly flat torque curve, providing a steady flow of power. Oh, and did I mention it does the 0-60 run in just 4 seconds?

So, even if you have 100 G’s kicking around to blow on a fun new toy, you won’t be able to use to buy a Tesla Roadster. Just wait for the next batch.