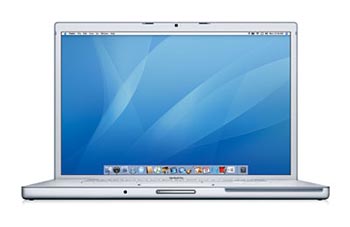 If Apple doesn’t quit announcing newer and better MacBooks, we are going to start hearing about Mac fanboys having heart attacks over all the excitement. The latest rumored boost to the MacBook is the addition of the 64-bit Merom processors. The Merom is the new Intel processor which was unveiled back in May.

There is obviously no concrete announcement from the notoriously tight-lipped Apple, but the speculation is rampant that manufacturers in Taiwan will start turning out these new, speedy machines very soon… and they could be available as soon as next month.

It’s a total shot in the dark which of the notebooks it will show up in, but the MacBook Pro is a good guess. Hopefully the new processors will be joined by a better system to keep the machines cool and working. We’ll only know for sure what will happen when and if they are ready for purchase, though, so in the meantime just keep dreaming.