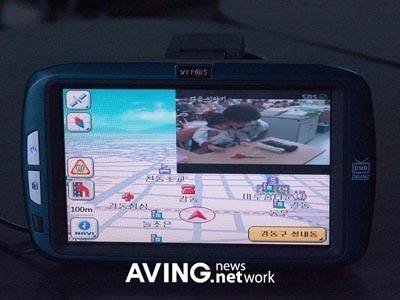 So, you’re on your annual family road trip across the country, heading over to grandma’s house so you can feast on her fresh apple pie, but you have conflicting priorities. On the one hand, you have far too easy a time getting lost, but on the other, you’re on your last nerve with the kids in the back because they want to watch TV.

Freenex has overcome this quandary with their latest product, the DXM-760, a GPS navigation unit that allows you throw DMB TV into the picture-in-picture. Entertainment and directions, all at the same time.

There are other inputs that allow you to watch DVDs, as well as outputs via FM transmission so you can actually hear the television programming. It’ll gobble up MP3s as well, making use of the 32MB of NAND flash ROM, or via the SD expansion slot (for up to 2GB).