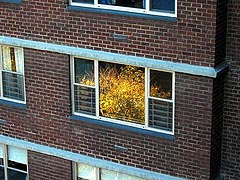 Some new plastic technology developed in Australia doesn’t have immediate relevance to the world of electronics, but it is interesting and it could have a future application.

Scientists from the Commonwealth Scientific and Industrial Research Organization have come up with a plastic which is fireproof. When the plastic is exposed to flames, it morphs into a ceramic which acts as a barrier, preventing the fire from spreading.

It’s unclear if the ceramic remains useable after a fire, or if it needs to be replaced after it has done its protective duties. The initial uses that the plastic were designed for include oil rigs, cargo ships, offices, planes, and public buildings.

The obvious joke is that Dell should look at making their laptops out of this plastic so that they don’t get damaged when they burst into flames. Realistically though, some form of this technology could prove useful to protect PCs, servers, or other important electronics that cannot be saved in time.