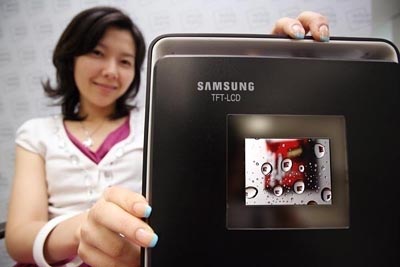 This “world’s first” from our friends at Samsung may not sound particularly exciting, but it could be one of their more useful innovations. Samsung Electronics has developed a 3-inch LCD panel — designed specifically for use in digital still cameras — capable of displaying VGA resolution (640 x 480).

The international standard for digital camera interface is called ITU-R601, and is based on cathode ray tube (CRT) TV technology that operates at 30Hz, whereas conventional LCDs run at 60Hz. In most cases, cameramakers have sacrificed viewing resolution (compressing the images) to adhere to this standard, resulting in resolutions of qVGA (320 x 240) or worse.

Samsung has worked their way around this problem, and have now created an LCD panel that operates at 30Hz, thus making VGA images possible. Picture takers can now preview and review their shots in greater resolution. Commercial sales of this new display will commence in the first half of next year.