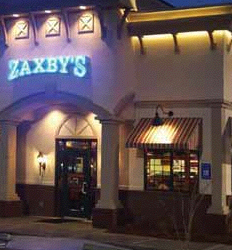 Go into a Zaxby’s fast-food chicken restaurant and ask for Hyperactive Bob. No, that’s not the guy who can’t sit still. It’s a computer, and it’s in charge.

Bob is the name of the system, from Hyperactive Technologies, that is officially in charge of the restaurant. You might have human employees talking to the customers, but it’s Bob who’s taking the orders and tracking the transactions. Further, Bob tells the cooks how much of each food to cook and when each order is ready.

Bob operates via a Windows .Net-enabled computer system that deploys a bunch of sensors to keep track of how many cars go through the drive-thru, how many customers come through the restaurant and use the restrooms.

By the way, in case you didn’t know, Zaxby’s has 330 chicken-speciality restaurants throughout the Southeastern United States. How far they and Bob expand remains to be seen.