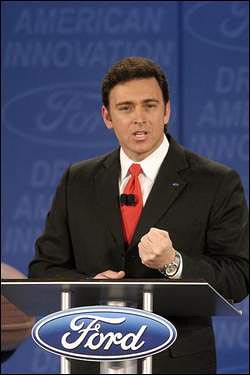 With gas prices going through the roof, it only makes sense that the demand for sub-compact cars would be growing. It is anticipated that as many as 600,000 of the ultra-tiny cars like the Chevrolet Aveo and the Toyota Yaris could be sold each year by the end of this decade.

Despite this growing market, Ford doesn’t seem to want a piece of the action. Mark Fields, who is president of the America’s division of Ford, says that the company will not release a car in the segment until they can come up with one which is distinctly Ford.

When Fields took his post last fall, the company was poised to release a contender, but he hit the brakes. It was to be a domestic version of the EcoSport, a small SUV based on a Fiesta platform, popular in Latin America. The car would have been a stripped down box, attractive just for its price, and Fields is instead eager for a different, more quality-based approach.