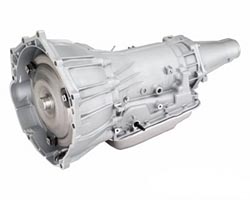 I may still be driving around in a car with a four-speed automatic, but if transmission supplier Jatco Ltd. is right, that gearbox will be completely obsolete by 2015. Instead, newer technologies like 6-speed automatics and continuously variable transmissions (CVTs) will be the norm, according to Jatco president Shigeo Ishida.

More isn’t always better, but to allow for the most usable power (both hp and torque-wise), you want to be able to keep the revs within a certain range, and one way to do that is to provide more cogs (or in the case of CVT, the elimination of conventional “gears” altogether).

We’ve already seen the Corvette abandon the four-speed automatic gearbox (the transmission that it has used all the way up to the 2006 model year), opting for a six-speed unit for 2007. It’s ironic, really, that it’s the econoboxes today that still use four-speeds, given that they need to stay within their peak power range the most. After all, even on its worst day, a Corvette can still smoke an Aveo.