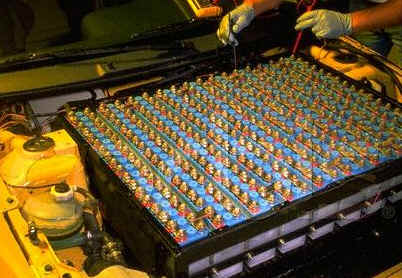 Exploding laptop batteries have been in the news lately, and that has many people wondering whether lithium-ion batteries that power automobiles are vulnerable to such explosions.

A lithium-ion battery is certainly attractive to proponents of alternatives to petroleum. But as the laptop incidents have proven, the structure of such batteries places both fuel and oxidizer in the same place, and once those two things overheat and ignite, they can create a “thermal runaway”: a fire that tends to burn more brightly and brilliantly than petroleum-based flame.

The recently announced Tesla electric vehicle gets its power from nearly 7,000 batteries. The vehicle’s engineers insist that they have gone to great lengths to include temperature controls, including an electronically-controlled liquid cooling system and a built-in shut-off system if a battery suddenly registers a spike in temperature.

A car that crashes runs the risk of exploding, of course, no matter what kind of power fuels it. We’ve all seen plenty of petroleum-powered cars that explode into flames when the gas tank catches fire. In some ways, gas-powered cars are no more safe than electric-powered ones.

The Tesla engineers insist that their individuated battery placement makes their vehicle actually safer than a petroleum-powered car because each battery is encased in its own protective gel and that failure or overheating of one battery won’t affect the others. It is perhaps that kind of engineering that has resulted in the extreme cost of the vehicle (US$100,000). Other automakers in future years will certainly want to cut costs, and such cost-cutting might take the form of shortcuts in security. Such shortcuts can be found today in petroleum-powered cars.

The problem with lithium-ion batteries is that they are something not entirely understood. Scientists still don’t understand totally why these batteries undergo a spike in temperature, and either smoke or catch fire… but such explosions are relatively rare. Of the millions of batteries that now power mobile phones, laptops, and vehicles, only a few hundred have caught fire. The concerns being voiced these days are from observers who put safety first and who want to make sure that future engineering takes current concerns into consideration.