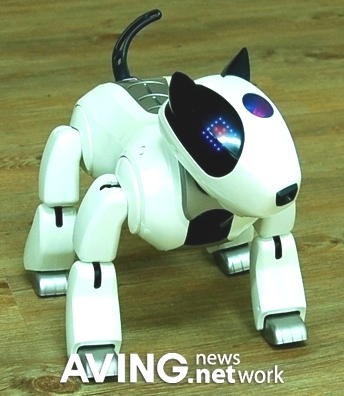 It didn’t take the robot aficionados long to get a new pet dog. This sounds a lot like Aibo, but it’s not really. It’s Genibo, which is a combination of the words Genius and Robot.

He’s a clever little creature, one that can understand up to 100 voice commands. You can pet him and watch as he displays happiness, distrust, or a host of other emotions that are triggered by contact with a series of sensors embedded in his head and back. He will also wander around if you don’t tell him what to do right away.

Genibo can also take pictures with his eyes and send those photos to your computer using a Bluetooth connection. He runs on a 7.4-volt Lithium ion battery.

What’s he cost? Will he be more popular than Aibo? We don’t know the answer to either question, but we should soon.