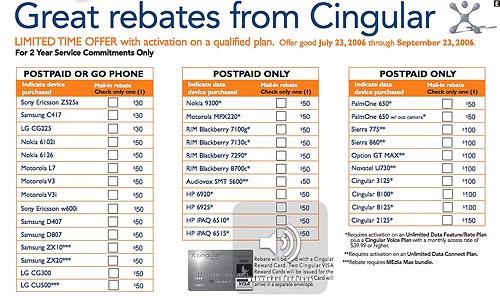 If you’re itching for your smartphone fix and aren’t exactly satisfied with the current offerings in the American marketplace, you’re going to have a few more options to choose from starting next week when Cingular adds the HP iPAQ hw6920 and hw6925 to its lineup, as well as the HTC Star Trek that we’ve been yearning for.

We know that the HTC Star Trek clamshell (to be rebranded as the Cingular 3125) is going to come with a $199 asking price, after a rebate of $100. They have yet to make any official announcement surrounding the two HP PDA phones, but it has been confirmed that both the hw6920 and hw6925 will be accompanied by $50 rebates.

All three handsets are expected to become available sometime next week, and if history is any indication, it should be on Tuesday.