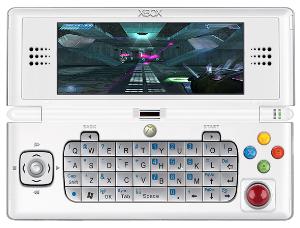 A portable Xbox? Why not?

Word out of the Microsoft rumor mill is that the company is indeed working on a take-it-with-you alternative to the popular PSP and Nintendo DS gamesets. One particular rumor even has a concept photo with it, showing a nearly complete keyboard, a directional pad, a trackball, and four color-coded action buttons.

The portable Xbox would seem to fit right in with Microsoft’s burgeoning line of gaming devices and online support, but the handheld version of the Xbox 360 is probably a few years off, and likely wouldn’t have the same functionality anyways. Add to the already wild popularity of the aforementioned Nintendo and Sony products, and you have to ask yourself, “Why would Microsoft do such a thing?”

Well, the folks in Redmond aren’t always known for their bright ideas or for their originality. They’re just now working on a portable music player, a full handful of years after Apple stole the hearts and minds of the world with the eponymous iPod. Still, the Xbox itself has a core following, as do Microsoft products in general. It’s not for us to say who will and who won’t buy this portable Xbox, if it ever gets off the ground and into the hands of the buying public.