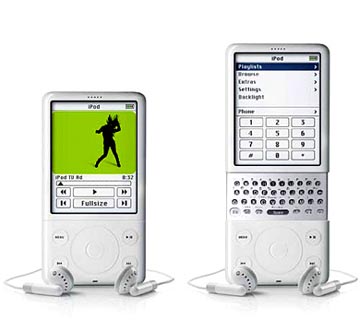 As with just about any news coming out of Apple (or Microsoft) these days, you should take this report with a little grain of salt (with a dash of excitement to taste). It seems that Apple CFO Peter Oppenheimer has gone on the record to at least indicate that the company is working on an iPhone-like device; he suggested that “Apple is definitely working [on a] portable music player with communication capabilities.”

Of course, this could just mean that the next-gen iPod could pack in some WiFi capabilities a la the Microsoft Zune or MusicGremlin MP3 player. However, if all the stars are aligned and what we think is true actually is, then we could very well have an iPhone on the way.

Oppenheimer does, after all, go on to say that “we do not think that the [cell] phones that are available today make the best music players. We think the iPod is. But over time, that is likely to change.” Of course, he doesn’t go much further than that, saying that although “we are very excited about what we have in the product pipeline… I cannot comment on that.”