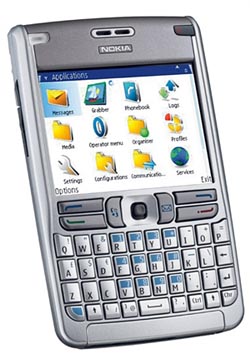 Symbian is still optimistic. They are the dominant operating system on smartphones, but that category hasn’t yet taken off like some might expect.

It could be battery life, the sometimes difficult user interface, or the fact that a device that tries to do everything often does nothing very well. In any case, acceptance hasn’t been as widespread as the company had hoped.

Still, Symbian Executive VP of Research David Wood remains bullish on the technology. He admits that his company had a naïve, overly optimistic view of the market, but he stresses that in some ways it is going better than they had hoped.

There have, for example, been more than 100 million smartphones sold. He admits that it is time for the company to acknowledge how some things have turned out and restate expectations. For example, the company is now focusing on the smartphone as a digital organizer. He sees some areas – push e-mail, for example – where the technology is effective and wide acceptance is happening, and other areas, like browsers, where the technology is improving and devices can start to be an effective tool.