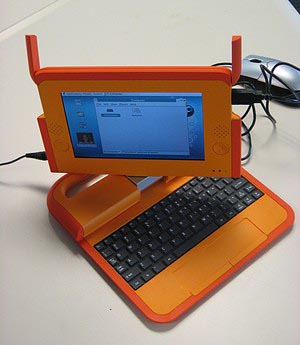 Whereas us privileged folk in North America spend far too much time drooling over SLI graphics, draft-spec N routers, and terabyte hard drives, there is a good portion of the world out there where people aren’t quite so lucky. That’s why Nicholas Negroponte and his crew over at MIT have been working so hard to produce the $100 notebook clad in a bright orange case, looking to improve their future.

India, however, has gone on the record and said that they want no part of the One Laptop Per Child (OLPC) project, citing that they “need classrooms and teachers more urgently than fancy tools.” Moreover, they say that the OLPC isn’t “mature enough to be taken seriously at this stage.” After all, they have to take care of the intense poverty found in some rural parts of India first… that, and it’d be a little weird calling your neighbour for tech support.

Nigeria has already jumped on board and ordered 1 million units. They won’t be receiving them just yet, though, because the total order needs to reach 5 or 10 million before they start official production.