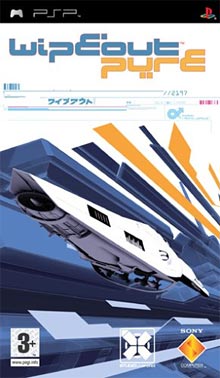 This is just personal conjecture, so don’t read too much into this, but I’m thinking that the reason Sony has decided to take this step at this time is that they fear losing some of their established user base to a certain glossy white dual-screen wonder from a rival company. Or maybe they’re recovering from the backlash for a recent “racist” ad campaign. Who knows, maybe I’m wrong.

In any case, Sony has just announced that they are issuing the first set of “Greatest Hits” PSP titles, reintroducing gamers to some of their best classics. Five first-party titles are now being offered for a very affordable twenty bucks a pop. They are Ape Escape: On the Loose, ATV Offroad Fury: Blazin’ Trails, Hot Shots Golf: Open Tee, Twisted Metal: Head On, and Wipeout Pure (the only game in the list without a colon).

Later on, they plan on adding a number of popular third-party games to the Greatest Hits collection as well, most likely retailing for the same $20 asking price. These titles include Lumines, Midnight Club 3: DUB Edition, Star Wars Battlefront II, Tony Hawk’s Underground 2 Remix, and Untold Legends: Brotherhood of the Blade.