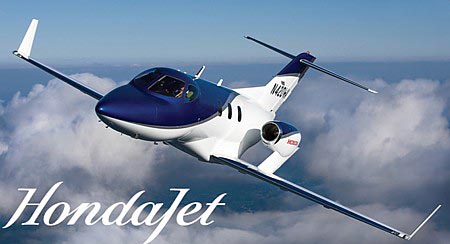 Honda has no plans on dethroning the likes of Boeing and Airbus any time soon, but Honda Motor announced yesterday that they’re entering the jet airplane business.

According to this report, they’ve flown several versions of a small business jet for nine years already, but they’re going even smaller. The newest entry will be no 747 killer; instead, it is said that this “very light jet” entry is akin to what the Honda Civic is to the car market: a compact, cheap, fuel-efficient vehicle that is known for its reliability and relatively good build quality.

The HondaJet, as it has come to be known, will only seat seven people, but with the “innovative aerodynamics”, owners will enjoy improved fuel efficiency and performance. It’ll be a while before this plane will actually take to the air commercially — they’re expecting production to start in 3 or 4 years — but in the meantime, Honda will start taking pre-orders this fall.

Using Cellphones On Airplanes Is OK, According To A Pilot