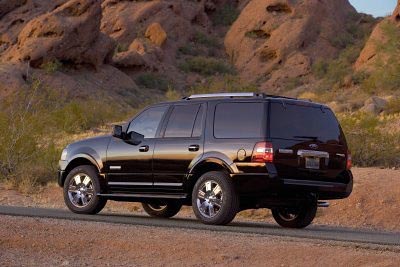 You may find it hard to believe, but consumers seem less interested in buying a Ford Expedition SUV now that they have to take out a second mortgage every month just to buy gas, since the 5.4 Liter Triton V8 is not exactly dainty.

Besides the new price, the Expedition is also sporting a new look. The exterior was inspired by the Ford F-Series trucks, and it is an improvement over previous models. It also has a newly redesigned interior which can seat up to nine.