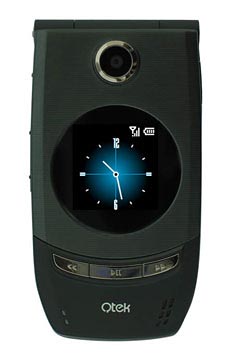 We worship the FCC like idol gods, because they have so much power. Although we may be aware of other cell phones out there in this vast world of ours, we rely on the FCC to give us the go ahead to purchase and use certain handsets on our own soil. We may not exactly be venturing into the next frontier, but we’re that much closer to full Trekkie status thanks to the FCC giving the nod to the HTC STRTrK, pictured here in its Qtek 8500 incarnation.

Just as a refresher, the HTC STRTrK rocks Windows Mobile 5.0 in a skinny flipping package. Its dimensions are almost identical to the ubiquitous MOTORAZR, making for an attractive, slim package. Running off of an OMAP 195MHz processor, you’d expect some lag, but it is said to run quite smoothly.

No word on pricing, but everything seems to be pointing toward a Cingular release before the year is out.