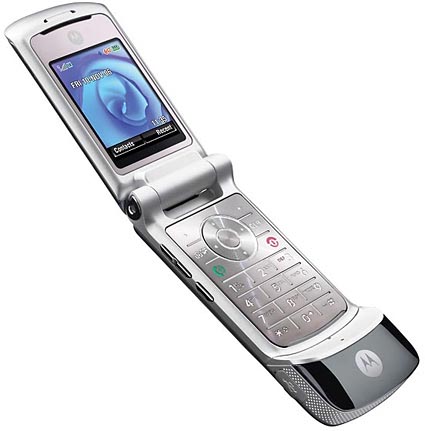 The handset that we’ve seen floating around the internet as the “Canary” has finally gone official. Unveiled by Motorola as the KRZR, this is the follow-up to the hugely successful RAZR line of slim clamshells. I haven’t quite figured out how to pronounce it just yet, but my best guess has it as the “crazer”, or maybe even “crazier”, but these will surely be more popular than the MOTORAZR MAXX, which was also announced today.

The KRZR is a touch thicker than but not as wide as its predecessor, and unlike the RAZR, it will launch in both CDMA and GSM flavours simultaneously. There are at least three versions in total to account for. The GSM K1 throws down Bluetooth 2.0 with A2DP, a 2.0 megapixel picture taker, and a 176 x 220 display. CDMA users get two options: the 1xRTT K1m has a QVGA display and a 2 megapixel camera, while the EV-DO K1m gets bumped down to a 1.3 megapixel camera.

Common characteristics between the three include microSD expansion, Screen3, and what appears to be the new Juix interface. All of the KRZRs should be launching before year’s end through Verizon and Cingular for your CDMA and GSM needs, respectively.