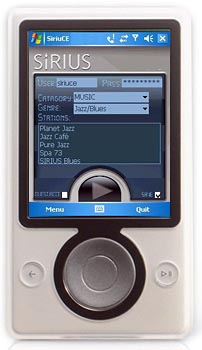 Enough with the rumours, conjecture, and hearsay. We want to hear it straight from the horse’s (or, as the case may be, Gates’) mouth, and that’s exactly what we got. The suits at Microsoft have confirmed that they are working on the Zune project, most notably a portable media player with its sights firmly set on dethroning the all mighty iPod from rival Apple and Steve Jobs. Let the battle of the super geeks begin.

To be put under Microsoft’s Entertainment & Devices Division headed by Robbie Bach and Bryan Lee, Zune is not only the physical player itself, but a whole brand unto itself. “Under the Zune brand,” said marketing GM Chris Stephenson, “we will deliver a family of hardware and software products, the first of which will be available this year.”

Among the other things that got confirmed along the way are WiFi connectivity and drive-based storage for the initial Zune player, as well as a new PlaysForSure DRM to accompany, rendering this player useless to Napster and other download service users. They also mentioned an add-on game pad for video games on the go, in some ways targeting the Nintendo DS and Sony PSP as well. I guess Microsoft is ready to take on all the giants.