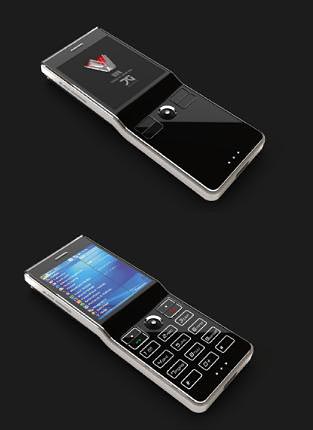 Remember back in March when we caught a glimpse of the Black Diamond concept designed by one Jaren Goh? Well, it turns out that although he may have been inspired by Sony Ericsson, this smoother-than-ice handset isn’t destined for the electronics giant, and is rather being marketed under a different brand altogether.

Jaren Goh has partnered up with VIPN to release his Black Diamond smartphone unto the masses, but only in limited quantities: they’re only producing five units. Yes, only five… and they’re individually numbered. That could explain the $300,000 price tag.

Above and beyond the polycarbonate with mirror finishing and the pair of diamonds (one encrusted in the back, the other integrated into the joystick), the Black Diamond has plenty to offer. Powered by an Intel XScale PXA255 processor and Motorola Freescale CPU MC5249 chipset, this WinMo 5 handset packs in 802.11b/g WiFi connectivity, quad-band GSM, 128MB SD RAM, 16MB Flash, SIP compatibility, a touch sensitive keypad panel, a 4 megapixel camera, 2-inch touchscreen LCD, and an integrated media player.