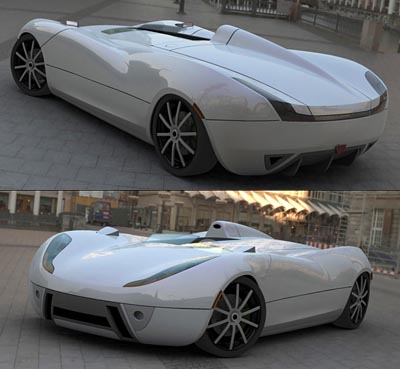 You don’t need to turn to big multi-million dollar corporations to develop something innovative. Some of the best inventions have been born on university and college campuses, and this “Climax” concept is easily one of the coolest that I’ve ever seen. The lightweight vehicle seats two, is powered by ethanol, and looks great doing it. Best of all, it’s quite the performer as well, developing 270 horsepower from its flat four engine, maxing out its power output at 6500 rpm.

Developed by the students of Coventry University Auto Design in Britain, the Climax concept has some super aerodynamic lines and a distinctly exotic look. In addition to its sleek, minimalist appearance, this car is touted to have the same level of performance as something like the Lotus Elise, though there haven’t been any track times, quarter miles, or 0-60 runs documented to back this up.

Cleaner burning, exotic looking, and pretty quick and nimble to boot? I think I might Climax.