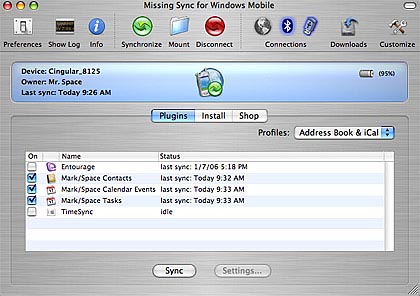 With the update, users can now support a range of previously unavailable devices, including the Motorola Q, Palm Treo 700w, all of the latest Dell Axim PDAs, the iPaqs from HP, and all of the devices that HTC makes under their own name and under other labels like i-mate, Dopod, QTek, Orange, T-Mobile and O2. The software also supports older devices as far back as Windows Mobile 2002.

The new version of The Missing Sync is available as a download for $40. Older versions can be upgraded for $20, and a CD version will be available in August for $50 if, for some reason, you can’t download it.