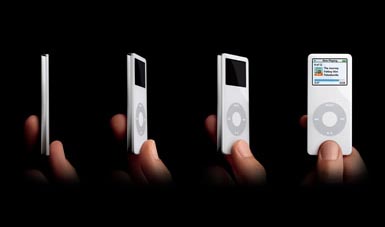 It’s a new day, which obviously means that there is a new Apple rumor. This time, the word is that a new iPod Nano is due by August.

The Nano has been incredibly popular, but it hasn’t had a new look or updated features since last September, which is an eternity in iPod time. The rumors that have been leaked this time indicate that the refreshed Nano will be introduced at the Worldwide Developer’s Conference (where, incidentally, the iTunes video rental service is also rumored to be appearing). It’s expected that the device will be increased to either 6GB or 8GB, and that they will be available in several colors, including an industrial looking metal alloy case.

Other iPod rumors are abound. Word is the video iPod has been delayed until at least January because of continuing technical glitches. Also, the 5G iPods could be getting a memory boost – perhaps to as much as 80GB. That’s not expected to happen as soon as August though.