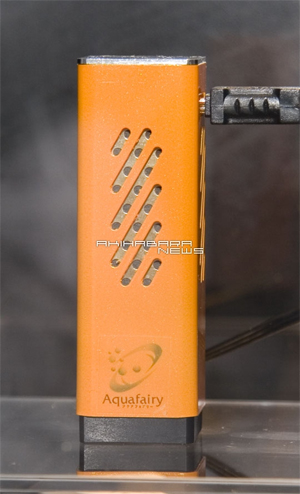 Here’s a fun little product that seems like a no-brainer yet is apparently the first of its kind. It’s a battery charger that is a fuel cell.

It’s from a company called AquaFairy, and they’re saying that it can charge a mobile phone battery three times before it needs to be refilled itself.

Given the universal nature of the plug-in port, you should be able to recharge other portable electronic products as well. That’s pretty darn handy.

This mobile recharging unit from Aquafairy was first seen at Wireless Japan at the DoCoMo booth. Look for it in the Japanese market early next year.