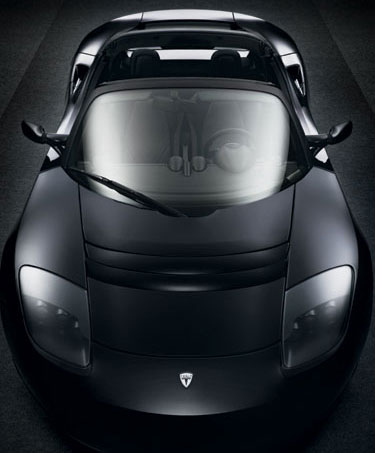 So you want the ultra-high performance of an exotic roadster so that you can hit up the mountain passes or leave the competition in the dust at the drag strip, but at the same time, you’re environmentally conscious and don’t want to pollute like there’s no tomorrow? All-electric cars need not be gutless, as demonstrated by the recently unveiled Tesla Roadster, a car powered by 6800 lithium ion batteries that is capable of doing the 0-60mph run in just four seconds.

Keeping the pedal to the metal, you can roar the engine up to 13,500 rpm (all the while keeping whisper quiet), and that’s not “even close to the redline.” Top speed has been clocked at 130mph, all the while getting the equivalent of 135 miles per gallon. Based on a full charge (which takes 3.5 hours), the Tesla Roadster gets a range of 250 miles. Interestingly, there are only two forward gears, but that does provide an incredibly flat torque curve.

Although they used “humble off-the-shelf components”, all this performance isn’t going to come cheap. Word is that they’re going to ask for $100,000 for the Tesla Roadster.