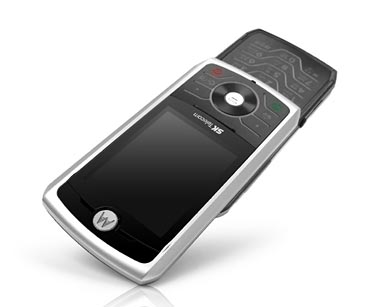 Back in February, Motorola unveiled a sliding compatriot to accompany the ultra slim RAZR (which has just hit the 50 million sale milestone) and the super thin SLVR. They opted against calling it the SLDR, and rather christened it simply as the Z. Interestingly, they have taken the reverse route that they did with the RAZR: the first release was a black Z slider, but now Motorola has also announced a silver version to join the skinny party as well.

The Z was originally conceived by the Motorola Korea team for its home market, but they are now expanding their plans to export the skinny slider over to China as well. No luck for us in North America just yet.

If you recall, the Z features a 1.3 megapixel camera, 2.2-inch color display, and multimedia playback capabilities. At a barely-there 14.9 millimeters thick, this handset is pretty darn thin. Pricing is expected to be the same as the black version, so look for the silver Z to be between $500 and $600 USD.