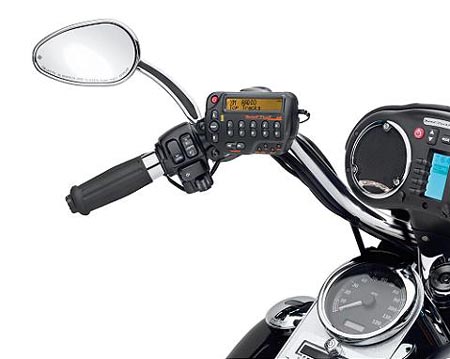 XM radios aren’t new to Harley, but this radio was designed specifically with motorcyclists in mind. The unit is completely waterproof and weatherproof, so it can be used in any climate. If you aren’t brave enough to ride your bike in the winter, though, you can get a mounting bracket to use in your car when it isn’t nice outside.

The radio has an LCD screen and adjustable backlighting, so the controls can easily and safely be seen while you head down the road. The buttons on the radio are also backlit and are oversized, so you don’t have to take your riding gloves off to make it work.

The radio will cost $249.95, including 3 months of complimentary service, and will be available immediately.